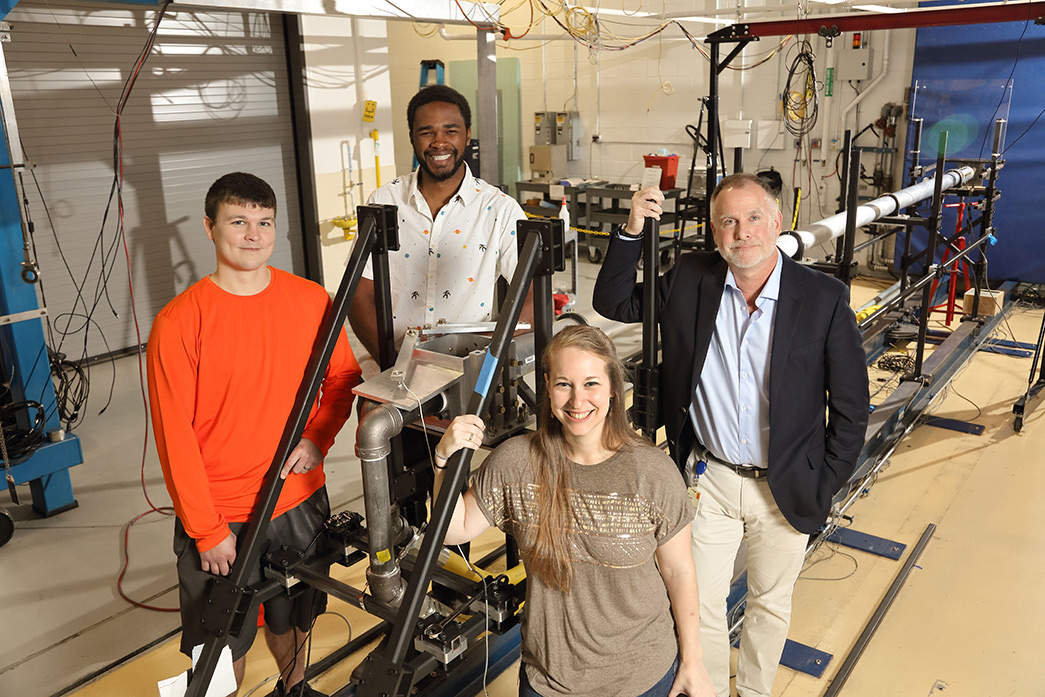 Battle armor did not go away with gladiators and medieval knights. Modern U.S. soldiers often carry more than 100 pounds of body armor and other gear.

According to "The Soldier's Heavy Load," a report commissioned by the U.S. Army Research Laboratory, the weight of soldiers’ armor may not only decrease performance but may also decrease survivability rates. The report says heavy armor may also contribute to non-combat-related injuries to the musculoskeletal system, spine and connective tissue.

A team of researchers, led by associate research professor Robert S. Salzar at the University of Virginia’s Center for Applied Biomechanics, focuses on increasing soldier survivability and performance using state-of-the-art equipment to analyze how the human body responds to injury.

One of Salzar’s researchers, mechanical engineering Ph.D. student Madelyn Eaton, is conducting a study sponsored by the Department of Defense that will provide data for redesigning armor—and possibly make it lighter.

Eaton and her team collect two types of test information: ballistics data that measures armor penetration and the subsequent impact data on the body. The body in this case a test mannequin.

To capture both of these data sets, a specialized test rig was developed to safely simulate a bullet impact. A 3-D-printed carbon “bullet” whirls down a 20-foot tube at 30 to 75 meters per second, approximately 67 to 168 mph, and “shoots” the mannequin and its armor. National Institute of Justice standard ballistics clay underneath the test armor measures the amount of penetration. High-speed cameras use target reference dots on the mannequin’s chest to capture the minutest impressions.

The data from Eaton’s study can then be correlated with anatomical injury data from the Department of Defense to deduce potential injuries to the body. When merged and converted to a computer simulation model, these distinct sets of information tell a powerful and accurate story.

When the simulation data library is complete, the Department of Defense will be able to evaluate potential armor designs for different safety levels using a computer model instead of physical testing.

“Soldiers are going into very violent situations, and I want to be able to help keep them as safe as possible,” Eaton said. “In science, sometimes it takes a long time for research to affect the individual, but this study will make a difference in a very short time.”

"Soldiers are going into very violent situations, and I want to be able to help keep them as safe as possible. In science, sometimes it takes a long time for research to affect the individual, but this study will make a difference in a very short time."