TK and Ana defended their dissertations (entitled "Computational Modeling to Guide Cardiac Electrophysiological Therapies" and "Computational Modeling of Cardiac Hypertrophy, Injury, and Therapy", respectively) on consecutive days in the historic Dome Room of the Rotunda. Both will be continuing their training as postdoctoral researchers; TK will be moving to Harvard University and Ana will be moving to Yale University.

Summer in the CBG 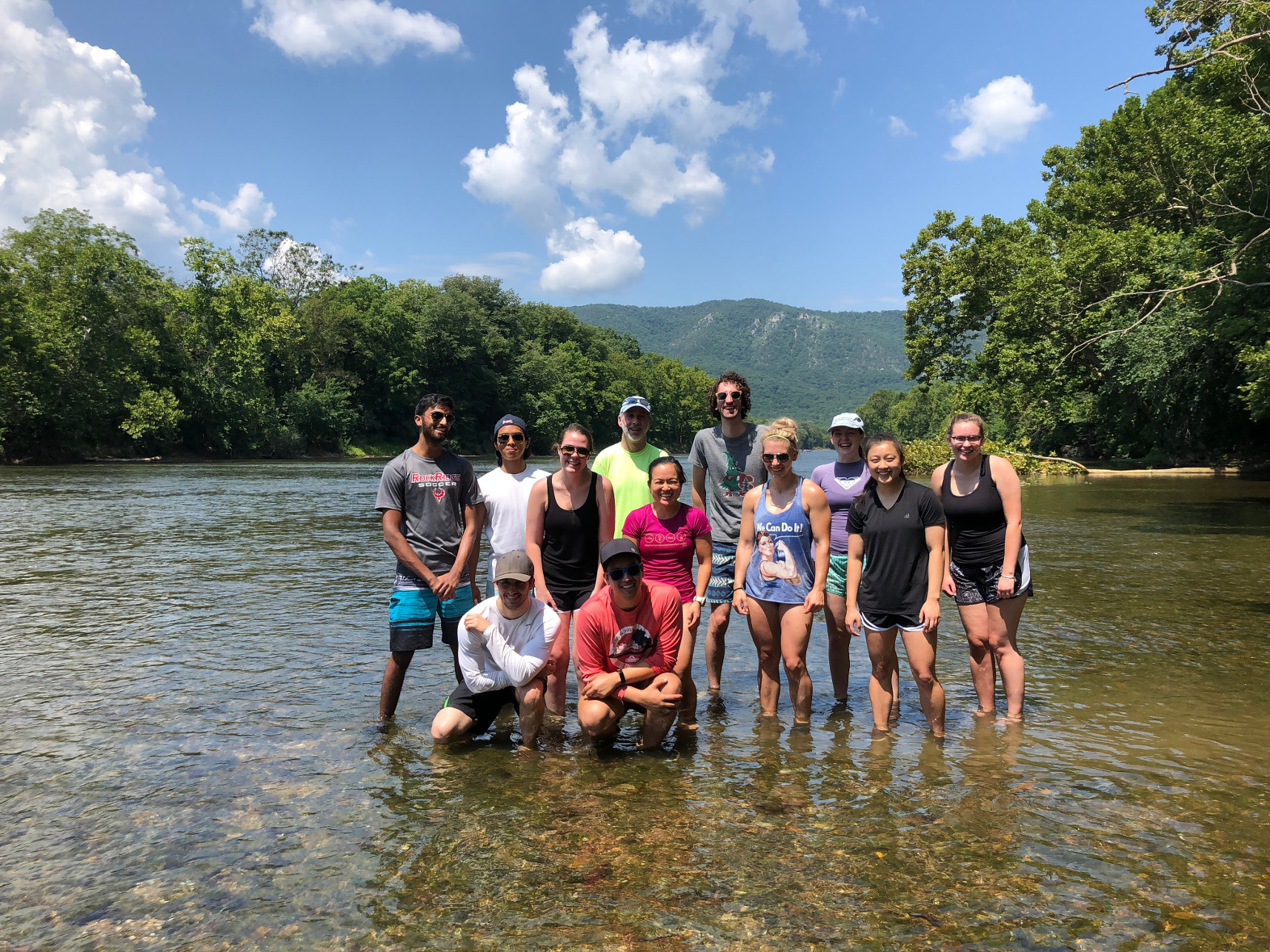 This past summer, we had a full house with 5 undergrads joining the CBG over the summer: 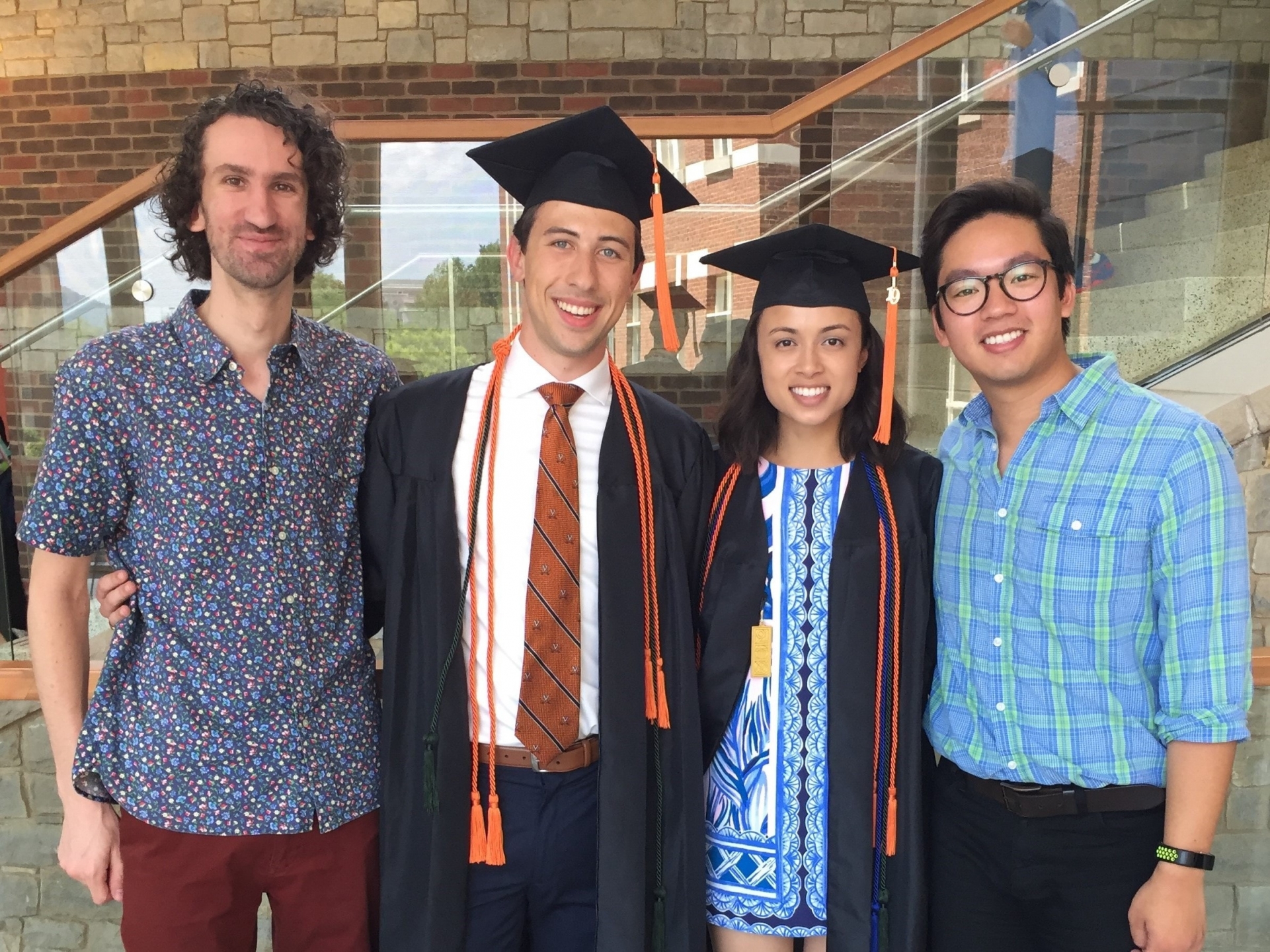 Kellen defended his dissertation “Predictive Models of Cell Alignment and Scar Formation under Mechanical Loading” in the historic Dome Room at the Rotunda. Kellen, Colleen, and JJ left the CBG at the end of the month. They moved to Stanford University, University of Wisconsin-Madison, and University of Pennsylvania, respectively.

“Finding ways to reduce literal, and disciplinary, separation between engineering and medicine is essential for cultivating and expanding innovation at the interface.” Read Dr. Holmes’s article in The Conversation

Arlynn Baker is joining the CBG as a PhD student after receiving her BS in mechanical engineering from Western Carolina University.

Christian defended his thesis, the fourth PhD student to graduate from the CBG in 2013! He has been accepted into the Stanford Biodesign program, starting in Fall 2014.

CBG Reunion at BMES in Seattle

We had our largest CBG reunion dinner yet – 7 current/former members and Dr. Holmes – at the Steelhead Diner near Pike Place Market.

Christian won the best student paper award at the ASME/FDA Frontiers in Medical Devices: Applications of Computer Modeling and Simulation conference in Bethesda, MD. He presented finite-element modeling results on the effects of radiofrequency (RF) ablation on left atrial mechanics.

Are there tendons in the heart?

Not really. But a new grant from the National Science Foundation will apply the models of scar formation the CBG developed for healing infarcts to better understand how mechanical loading affects healing in damaged tendons.