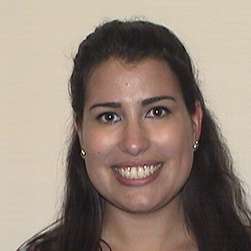 DuPont provided a gift to fund the annual award to promote safety in research labs. Students can submit a proposal for improving safety or apply for the award based on ideas that have been implemented.

Kuenen’s fellow Ph.D. student Stephanie Guthrie nominated her to the Department of Chemical Engineering Safety and Security Committee, commending Kuenen’s commitment to laboratory safety, teaching others about safe working practices — particularly with regard to polymer materials — and to communicating hazards and hazard mitigation strategies with her colleagues, including undergraduate students.

In an email to Kuenen notifying her of the award, Geoffrey M. Geise and George Prpich, faculty members on the committee that made the selection, cited Guthrie’s nomination.

Guthrie noted Kuenen’s commitment to a culture of laboratory safety, which she wrote is “based on understanding safety hazards and their mitigation — not merely on enforcement of a fixed set of rules.”

“It is clear that your efforts have made a positive impact on several of your colleagues and ChE students at UVA,” Geise and Prpich wrote to Kuenen.

The award includes a $1,000 cash prize and an invitation to speak during the department’s annual safety seminar in August, to which Kuenen has said she is happy to contribute.

“I’m honored that Stephanie took the time to nominate me,” Kuenen said. “And, I’m glad that I have contributed to the safety culture for the students in the undergrad lab.”

UVA Engineering and the Department of Chemical Engineering, like the rest of world, is coping with the COVID-19 pandemic in large measure by conducting classes, meetings and as much research as possible online. The Graduate Engineering Student Council’s 16th annual University of Virginia Graduate Engineering Research Symposium is no exception. The symposium, known as UVERS, will go on as planned on April 7, except that it will be conducted through webinars. Details and registration information may be found here.

As in the past, presenters for each UVA Engineering department were selected through a competitive process based on submitted research abstracts. One podium presenter and three poster presenters from each department will compete for prizes ranging in value from $100 to $1,000. Additionally, the posters will be available for viewing April 7-14 in the online poster gallery, and participants and attendees are encouraged to cast their vote for the People’s Choice Award here. 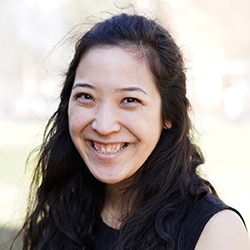 Naomi Miyake (left), a Ph.D. student in William Mynn Thornton Professor Robert J. Davis’ catalysis lab, will represent chemE in the podium session, presenting her research, “Understanding the role of Ag and ZrO2 in the catalytic activity of the Ag/ZrO2/SiO2 catalyst for the ethanol to butadiene reactions.”

ChemE students presenting in the poster sessions are:

There also will be a Young Professional Panel comprised mostly of recent Ph.D. alumni, including Zachary Young, a former member of Davis’ lab who now works for Exxon Mobil.

The Virginia Space Grant Consortium recently awarded the Geise Research Group a grant to support an undergraduate research project. Under the direction and mentorship of assistant professor of chemical engineering Geoffrey M. Geise, undergraduate students will work with graduate researchers in Geise’s lab to investigate a new approach to designing polymer electrolyte membranes to make lithium-sulfur (Li-S) batteries viable for space applications. The project will focus on engineering advanced membranes to be used as battery separators in extreme environments. Batteries made using advanced technologies are expected to be a critical part of addressing space-based energy storage needs associated with NASA’s Artemis Mission for moon and Mars exploration. 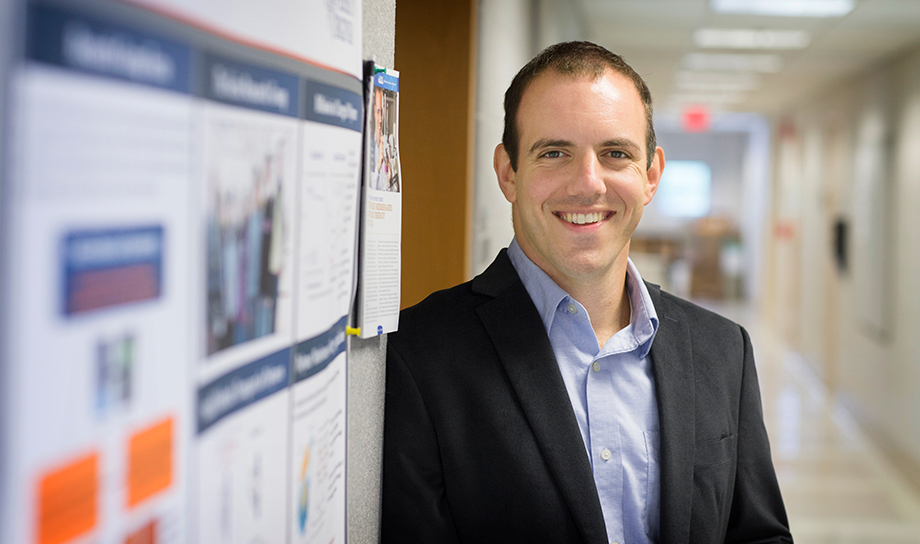 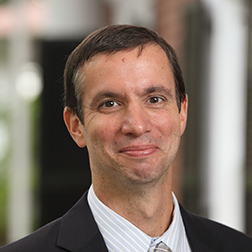 Professor and chair of the Department of Chemical Engineering at the University of Virginia Bill Epling was the invited speaker at the Thomas E. Hutchinson Award Dinner on Jan. 25, presented by the Trigon Engineering Society. In his remarks, Epling highlighted the uniqueness of the UVA School of Engineering, the importance of teaching and leadership, and the challenges today’s students will face as engineers of the future.

Keith WiIliams, an associate professor in the Department of Electrical and Computer Engineering, won the Hutchinson Award, which is given annually by the Trigon Society for “Outreach to students, enthusiastic lectures, obvious love of teaching, and contributions to the Engineering School.” Trigon coordinates the selection process, but nominations and voting for the award are open to all engineering students. 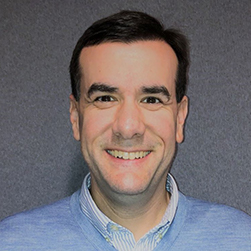 Alan Hunter, a 2002 chemical engineering Ph.D. graduate who studied with Lawrence R. Quarles Professor Giorgio Carta at the University of Virginia, will represent AstraZeneca as the recipient of the 2020 Division of Biochemical Technology of the American Chemical Society (known as ACS BIOT) Industrial Biotechnology Award at the division’s 2020 meeting in Philadelphia. The award honors AstraZeneca’s Lumoxiti process chemistry, manufacturing and controls team, led by Hunter, for its development and scale up of the process used to produce Lumoxiti, an important new biologic cancer drug. Another Carta lab Ph.D. graduate, Timothy Pabst, was also a member of AstraZeneca’s award-winning team.

As a student and member of Carta’s bioseparations engineering lab, Hunter studied process chromatography and protein mass transport. He has worked in the biopharmaceutical industry for more than 15 years, beginning his career in 2004 at Pfizer in the global biologics group. In 2009, he moved to AstraZeneca, where he is director of the biopharmaceutical development purification process sciences group.

Hunter stays involved with the department. He gives an annual lecture on regulatory aspects of biopharmaceutical manufacturing in Carta’s CHE4448 Bioseparation Engineering course. In 2019, he was the keynote speaker at the inaugural CHEERS, the Chemical Engineering Research Symposium.

Carta said Hunter and Pabst collaborate with his lab on research aimed at better understanding and improving biopharmaceutical manufacturing and have published a number of joint papers. 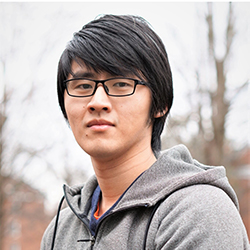 The award is given each year by the North American Membrane Society (NAMS) to “outstanding graduate students in the membrane science and technology area.” The award will support Luo’s participation in the society’s 2020 meeting in May in Tempe, Ariz.

Luo is a member of the polymer member research group led by assistant professor Geoffrey Geise. 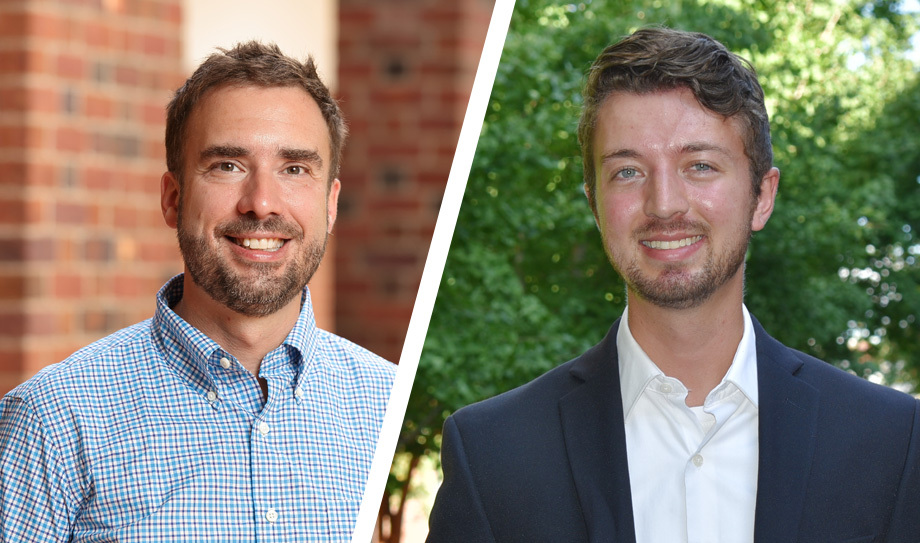 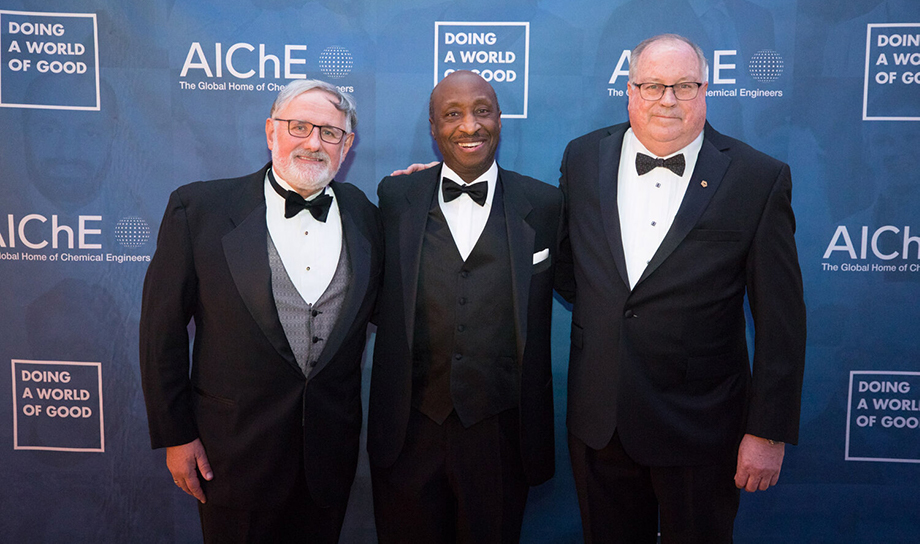