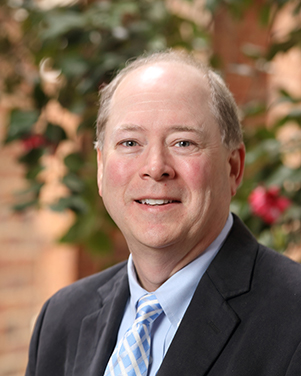 Fellows are selected by a committee and approved by the AIChE board of directors. The honor affirms the high esteem with which colleagues and peers view the candidate’s professional achievements and accomplishments. New fellows may be recognized at the 2021 Virtual Spring Meeting in April or the 2021 Annual Meeting in Boston in November.

Davis, who chaired the University of Virginia Department of Chemical Engineering from 2002 to 2011, is well known for his work in catalysis and reaction engineering. He has received numerous research and teaching awards, including the Wilhelm Award of the American Institute of Chemical Engineers, and has a distinguished record of service and scholarship in his areas of expertise. 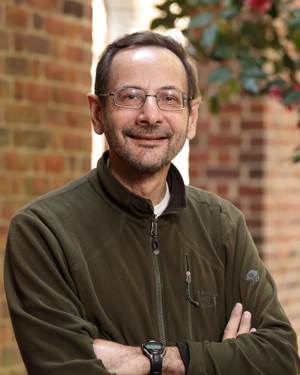 The American Institute of Chemical Engineers honored Giorgio Carta, the Lawrence R. Quarles Professor of Chemical Engineering at the University of Virginia with two plenary sessions on Nov. 17 at its 2020 meeting. The sessions in Adsorption and Ion Exchange Area 2e recognize Carta’s important research contributions in the field and his dedicated service to AIChE.

Carta has been a member of the Area 2e Committee since 1986, and served as area vice chair and then area chair between 2004 and 2007. Area 2e is responsible for organizing 10 to 20 technical sessions on adsorption and ion exchange topics each year at the AIChE Annual meeting and for promoting adsorption science and technology, Carta said.

As an Area 2e committee member, Carta has served as session chair or co-chair in more than 20 technical sessions. Area 2e is closely connected with the International Adsorption Society, where Carta also served as a board member between 2007 and 2013. 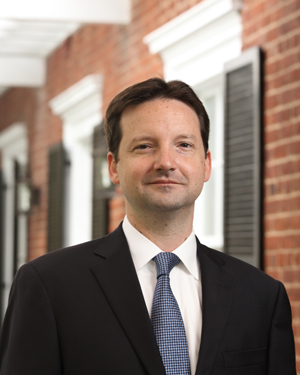 University of Virginia associate professor of chemical engineering Matthew Lazzara and Benjamin Purow, a professor and neurologist at the UVA School of Medicine, recently received an exploratory research grant from the National Cancer Institute of the National Institutes of Health for collaborative research.

The $415,245 award is a multiple principal investigator grant, a category of funding for projects requiring a team science approach. UVA Engineering’s proximity to a world-class medical school and health system facilitates collaborative efforts with clinicians and researchers at UVA and partner institutions.

The project is titled “Engineering ERK-specificity for cancer suicide gene therapy.” Preliminary data for the proposal was based upon the doctoral thesis work of recent Lazzara lab graduate Evan Day.

“Suicide gene therapy is an approach to trick cancer cells into killing themselves. The suicide gene product converts an otherwise innocuous prodrug into a toxic substance,” Lazzara said.

The technique has been tried before and even undergone clinical trials, but the UVA team is onto something new.

“We designed a way to promote the expression of these suicide genes in cancer cells exhibiting high activity of the ERK pathway, which is a frequent driver of resistance to therapy across many types of cancers,” Lazzara said.

ERK, short for “extracellular signal-regulated kinase,” is a highly studied signaling protein involved in communicating information from receptors on the cell’s surface to the cell nucleus, where it regulates the transcription of numerous genes. It’s a biochemical pathway that cells use to regulate their proliferation and survival — and cancer cells frequently find ways to activate this pathway as a way to survive treatment.

“Our approach could be a way to develop more selective and effective suicide gene therapies that will have preferential effects on cancer cells rather than normal tissue. The design also turns a common escape mechanism from therapy — the cell’s ability to turn up ERK signaling — into a lethal vulnerability. In other words, it takes a biochemical escape route that cancer cells like to use and turns that against the cancer cell,” Lazzara said.

Lazzara, who holds a courtesy appointment in biomedical engineering and is a member of the UVA Cancer Center, is a noted researcher in the areas of cell-signaling and cellular decision-making. Purow is a clinician-scientist whose clinical practice focuses on neuro-oncology and whose research is focused on improved therapeutic approaches for brain cancer.

Geise’s team is using the $325,654 grant to fund multiple investigative strategies and disciplinary approaches including advanced manufacturing, materials science, chemical engineering and electrochemistry to better understand an additive manufacturing technique called electrospray. Electrospray applies high voltage to a liquid to form an aerosol spray that can be precisely controlled.

The process is similar to 3-D printing — the most familiar example of additive manufacturing — except that the building materials are individual molecules deposited on a surface to form a thin film or membrane with characteristics designed for specific purposes. This adaptability offers significant advantages over conventional processes for manufacturing film coatings, the researchers say. Conventional methods cannot reliably produce very thin ion exchange membranes with tunable properties that can be achieved with electrospray.

“One benefit of this approach would be that manufacturers could quickly adapt the process to make tailored water treatment membranes in response to emerging contaminants or pollutants in water,” the team wrote in the National Science Foundation grant abstract. “Results from this research benefit the U.S. economy and society by enabling the manufacture of very efficient membranes that provide better access to clean water.”

Geise's lab is collaborating on the research with a team led by Al Geib Professor of Environmental Engineering Research and Education Jeff McCutcheon at the University of Connecticut School of Engineering. 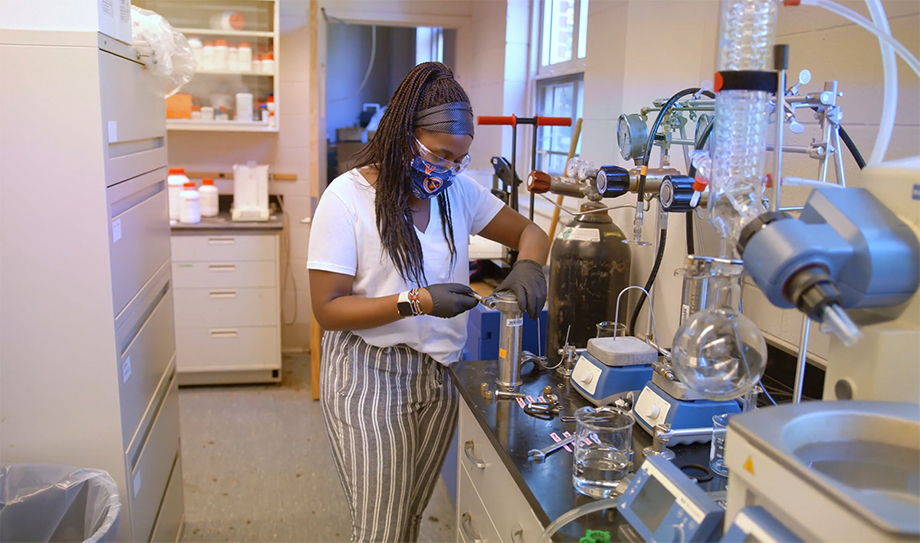 Ph.D. student Saringi Agata is one of the researchers working on the electrospray project. 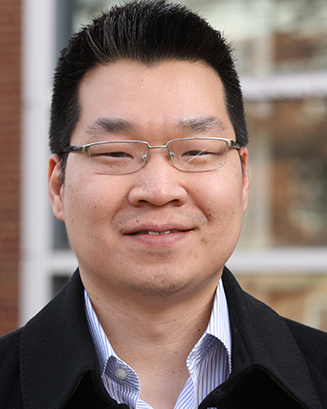 The research team will study differences in how electrons move between quantum dots (semiconductor nanoparticles with tunable optical and electrical properties) when the shape of molecules bridging the quantum dots changes. This research has a potential to advance the fundamental understanding of optical and electrical processes in nanoscale materials with broad implications for improving computing and memory devices that serve a range of needs.

The Choi group’s collaboration with Wang and her researchers was seeded by a 4-VA grant that made it possible for the team to generate key preliminary results. 4-VA is a partnership among eight Virginia universities formed around four research and educational initiatives.

The research activities covered by the $310,420 National Science Foundation grant also integrate educational efforts to improve recruitment, training and retention of students in science and engineering fields, especially among underrepresented groups at the University of Virginia and Old Dominion University.

This year’s team is the 14th Virginia iGEM team to compete in the International Genetically Engineered Machine competition, the Giant Jamboree, following a legacy of successful teams and their inventive synthetic biology solutions. Under the guidance of our advisors, Professor Papin and Professor Kozminski (Biomedical Engineering and Biology Departments, respectively), Virginia iGEM has consistently received recognition at the competition, as well as seeding biotech startups Agrospheres INC and Transfoam LLC. Along with a strong reputation to live up to, the 2020 Team has been incredibly resilient in the face of the COVID-19 pandemic. 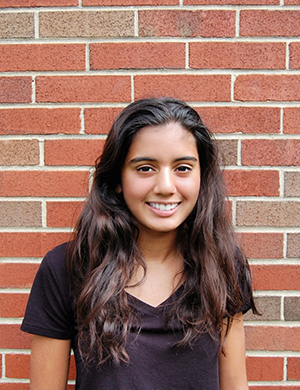 Sarah Bhargava, second-year chemical engineering and economics major at the University of Virginia is spending her summer at home in New Jersey, but that doesn’t mean she isn’t keeping busy.

She is an undergraduate researcher in assistant professor of chemical engineering Chris Paolucci’s catalysis group, which focuses on computer simulations of chemical reactions using quantum and new hybrid modeling methods across a range of applications.

A catalyst is a material used to speed up a chemical reaction to produce a desired outcome.

“The goal of my research is to create a model using computational analysis that can take certain data inputs from the catalyst material and predict the corresponding ‘reaction energies,’ which refers to the difference between the energy required to form the products and the energy required to form the reactants in a chemical reaction,” Bhargava said. “The ultimate impact I hope to achieve is to reduce the experimental costs of performing chemical reactions in a physical lab through the development of a computational model.”

Like so many students, Bhargava can’t wait to return to Grounds this fall. She misses being able to meet people in person and have one-on-one interactions. 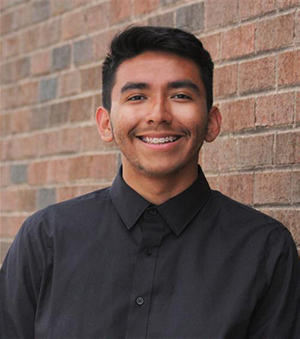 Unable to go to the lab due to COVID-19 restrictions, Hernandez has spent the summer scouring websites such as the UVA library and ScienceDirect for academic papers related to the research.

“With the newfound information, I have been updating our synthesis procedures for our nanoparticles; my graduate mentor will be the one conducting the experiments with the new procedures for the time being.”

As a Mexican-American, Hernandez grew up with bachata, salsa and merengue dancing at all kinds of celebrations. At 17, he stumbled on a Latin dance performance class at his local community college and convinced a friend to take it with him.

“I loved being able to embrace my culture and showcase it to an audience,” he said.

Inspired by watching others perform and encouraged by his dance instructor to take ballet, he signed up for a course — and loved it, too.

“Since then, I decided I would minor in dance and embrace the creative side of my brain. It’s what keeps sane while studying in STEM,” he said. 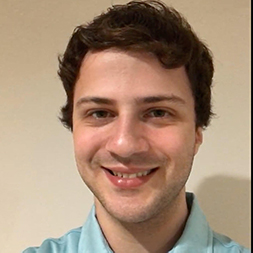 Zelinsky works in the environmental catalysis lab of professor and chair of the department, William S. Epling. The group’s research focuses on improving the performance and longevity of catalysts used in industrial processes, often to reduce pollution.

Zelinsky investigates zeolites, a class of minerals with physical characteristics that make them effective catalysts for many industrial purposes. Zeolites occur naturally, but can be synthesized in the lab for specific traits. A catalyst is any substance that speeds up a chemical reaction, without being consumed in the reaction. Catalysts are used to save energy, reduce waste and control pollution in applications ranging from manufacturing everyday products to converting your car’s emissions to less-toxic gases. 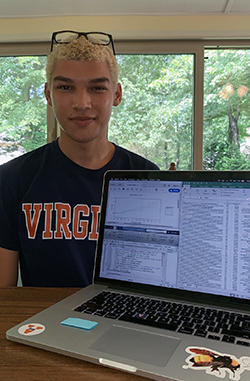 “I’m analyzing publications on porous biomaterial from the last decade and using that information to write a literature review and create a database that allows researchers to easily filter through subtopics within the biomaterial field,” he said.

The nature of the project allows him to work remotely from his apartment in Charlottesville, but he said he misses walking through the hospital late at night and cannot wait to be safely on Grounds again in the fall.