Venkataraman “Venkat” Lakshmi, John L. Newcomb Professor in the Department of Engineering Systems and Environment, has been appointed an OFFICER OF THE AMERICAN GEOPHYSICAL UNION. Lakshmi will serve as president-elect of the Hydrology section for a two-year term starting January 1, 2023.

James A. Smith Elected Member of The Virginia Academy of Science, Engineering and Medicine

James A. Smith, Henry L. Kinnier Professor of Civil Engineering, has been elected as a member of the Virginia Academy of Science, Engineering and Medicine, or VASEM. Smith joined the faculty at UVA Engineering in 1992, after earning bachelor’s and master’s degrees in environmental engineering at Virginia Tech and master’s and doctoral degrees in civil engineering at Princeton University, and following seven years as a research hydrologist for the U.S. Geological Survey’s Water Resources Division.

The University of Virginia and Norfolk State University have been awarded a $5 million grant as part of the National Science Foundation’s Coastlines and People Hubs for Research and Broadening Participation, or CoPe. A central aim of the NSF-funded program is to build collaboration between researchers and coastal area residents in tackling effects of climate change.

Amedebrhan Asfaw and Malik Corum, Ph.D. students in associate professor of civil engineering Osman Ozbulut’s Resilient and Advanced Infrastructure Laboratory, received travel awards to attend a workshop sponsored by the National Science Foundation at the Natural Hazards Engineering Research Infrastructure Lehigh Experimental Facility, known as the NHERI Lehigh Experimental Facility, at Lehigh University. The workshop focused on state-of-the-art cyber-physical testing methods used in the development of resilient design solutions for mitigating structural damage from natural hazards such as earthquakes. During the workshop, Asfaw and Corum also conducted cyber-physical testing on a seismic damper Asfaw designed and fabricated as part of his doctoral study.

Asfaw and Corum are studying civil engineering in the Department of Engineering Systems and Environment. Ozbulut’s research group seeks innovations in design, materials and sensing technologies to advance a new generation of civil infrastructure systems by applying smart technologies and interdisciplinary expertise to improve the systems’ resilience and sustainability.

The Department of Engineering Systems and Environment’s Devin Harris, a professor of civil engineering, and collaborators from UVA Engineering’s Department of Computer Science and UVA’s School of Education and Human Development have received a new award for $300,000 under the National Science Foundation’s Early-Concept Grants for Exploratory Research Program.

The project, “Adaptive Digital Twinning: An Immersive Visualization Framework for Structural Cyber-Physical Systems,” aims to explore the power of artificial intelligence in the formation of digital twins for large-scale structural systems. Co-principal investigators on the project are assistant professor of computer science Brad Campbell, who holds a secondary appointment in electrical and computer engineering; assistant professor of computer science (teaching track) Panagiotis Apostolellis; and Jennifer Chiu, an associate professor of education. Harris and Campbell are members of UVA Engineering’s Link Lab, a multidisciplinary center for research in cyber-physical systems.

The team’s research will address the need to preserve existing, often aging, physical infrastructure systems on which society relies for essential needs – such as transportation, energy, water and sanitation, and communication – while modernizing these systems to serve as the smart and agile cyber-physical systems we need to meet demands of the future.

The NSF program funding the project, which is known by its acronym EAGER, is designed for untested but potentially transformative research approaches.

Venkataraman “Venkat” Lakshmi, a civil and environmental engineering professor in the Department of Engineering Systems and Environment at the University of Virginia, has been appointed to the NASA Earth Science Advisory Committee.

Lakshmi, whose career began at the NASA Goddard Space Flight Center is known for his expertise in hydrological sciences. He specializes in using data collected from space, aircraft and in situ systems along with hydrological and ecological models to make observations about the terrestrial water cycle and to better understand weather, climate and ecology.

The Earth Science Advisory Committee supports the director of the Earth Science Division in the Science Mission Directorate at NASA headquarters, providing advice and recommendations on earth science programs, policies, plans and priorities, to include informing decisions about the scope and implementation of programs. The committee also will provide a regular forum for broad discussion of earth science and the role of earth science within and outside of NASA. 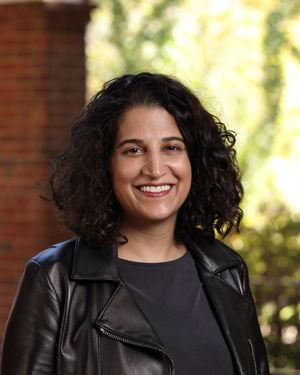 In the span of a few weeks this fall, University of Virginia associate professor of systems engineering and public health sciences Rupa Valdez has been recognized with a raft of professional honors, including the Jack A. Kraft Innovator Award from the Human Factors and Ergonomics Society. Valdez, who holds joint appointments in the Department of Engineering, Systems and Environment at the School of Engineering and Applied Science as well as the Department of Public Health Sciences at the UVA School of Medicine, received the Kraft Award with her colleague Richard Holden, chair of the Department of Health and Wellness Design at Indiana University’s School of Public Health-Bloomington, “for development and advancement of innovative applications of human factors and ergonomics focused on patients’ roles in their own healthcare,” according to a society news release. The Jack A. Kraft Award was established in 1970 for significant efforts to extend or diversify the application of human factors principles and methods to new areas of endeavor. Valdez and Holden are principal creators of the field of patient ergonomics, and recently released a two-volume edited series on the topic, covering relevant theories, methods and applications.

Jonathan L. Goodall, professor in the Department of Engineering Systems and Environment, has been elected as a member of the Virginia Academy of Science, Engineering and Medicine. Goodall leads the UVA Hydroinformatics group at UVA Engineering. Goodall’s team collaborates with cities facing climate change-induced flooding challenges based on their research and exploration of advancements in computing and data science for solving challenging water resource management problems.