“Global Health Crisis, Human Ingenuity and the Role of Engineers”

The Bill & Melinda Gates Foundation was started more than 20 years ago to create a world where everyone has the opportunity to lead a healthy and productive life. The foundation laid out clear, ambitious goals, such as eradicating polio and reducing the burden of infectious diseases and the leading causes of child mortality in developing countries. These are bold objectives. One might even call them BHAGS – big hairy audacious goals. To achieve these goals, the foundation works with grantees and partners in more than 130 countries to leverage technological innovations to accelerate new vaccine development and improved delivery of existing vaccines. However, the global health crisis and resultant economic chaos has put achieving these goals at risk. Success requires tapping into the great human ingenuity represented by engineers, such as Ed Paul, around the globe. The lecture will provide examples of such ingenuity shown by engineers who are developing and deploying novel vaccines against polio, greatly simplifying methods to administer vaccines and advancing technologies that could ensure that a child, even if only seen once by a healthcare worker, could be immunized for life. 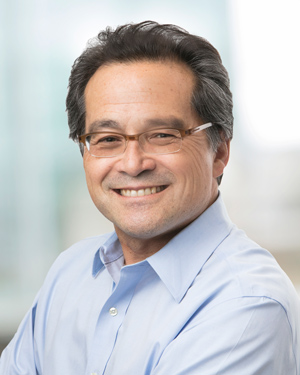 David Robinson has 25 years’ experience in global vaccine and biologics product commercialization; process development; and chemistry, manufacturing and control (CMC) regulatory strategy and execution. Robinson received his bachelor’s in chemical engineering from the University of California, Berkeley, his Ph.D. with Danny Wang at Massachusetts Institute of Technology and did his postdoctoral research with Klaus Mosbach at the Swiss Federal Institute of Technology. Robinson worked at Sandoz and Schering-Plough but spent most of his career at Merck & Co Inc. Robinson is a member of the U.S. National Academy of Engineering.

At Merck, Robinson held vice president positions leading the bioprocess research and development, biologics project leadership and the CMC regulatory groups. In his CMC role, Robinson supported the development of the regulatory strategy that led to the approval of numerous products, including RotaTeq and Keytruda, both of which won Prix Galien Awards as the best biotechnology products.

In 2017 Robinson became deputy director of chemistry, manufacturing and control vaccines development and surveillance at the Bill & Melinda Gates Foundation, where he and his team work with partners to develop life-saving vaccines for use in developing countries. His team has helped launch or contributed to improved vaccines for polio, measles and rubella. Robinson is a key leader in COVAX, a global effort to ensure equitable access to COVID-19 vaccines for the world’s poorest people.

The Edward L. Paul Lecture on Industrial Chemical Engineering is endowed thanks to the generous past and continuing contributions of individual and corporate donors. The endowment annually supports an industry-focused chemical engineering seminar. The lecture series honors the late Edward L. Paul, a 1952 B.S. graduate of the chemical engineering program at UVA and 1995 winner of the UVA Engineering Distinguished Achievement Award.