The National Transportation Safety Board (NTSB) investigates transportation accidents in the US, including this week’s tragic crash that claimed the life of basketball legend Kobe Bryant and others. NTSB chairman Robert Sumwalt will speak about the role of the NTSB and discuss their investigation of the March 2018 pedestrian bridge collapse at Florida International University. The board determined that design engineering errors lead the collapse. You don’t miss this exciting lecture!

Robert L. Sumwalt was sworn in as the 14th chairman of the National Transportation Safety Board on August 10, 2017, after being nominated by President Donald J. Trump and confirmed by the U.S. Senate. He was reappointed as chairman by President Trump in August 2019, after being unanimously confirmed by the U.S. Senate. Mr. Sumwalt began his tenure at the NTSB in August 2006 when President George W. Bush appointed him to the Board and designated him as Vice Chairman of the Board. In November 2011, President Barack Obama reappointed Mr. Sumwalt to an additional five-year term as Board Member.

Chairman Sumwalt is a fierce advocate for improving safety in all modes of transportation, including teen driver safety, impaired driving, distractions in transportation, and several aviation and rail safety initiatives.

Before joining the NTSB, Mr. Sumwalt was a pilot for 32 years, including 24 years with Piedmont Airlines and US Airways. He accumulated over 14,000 flight hours. During his tenure at US Airways, he worked on special assignment to the flight safety department and served on the airline’s Flight Operational Quality Assurance (FOQA) monitoring team.

In other notable accomplishments, he chaired the Air Line Pilots Association’s Human Factors and Training Group and co-founded the association’s critical incident response program. He also spent eight years as a consultant to NASA’s Aviation Safety Reporting System (ASRS) and has written extensively on aviation safety matters. He has co-authored a book on aircraft accidents and has published more than 100 articles on transportation safety and aircraft accident investigation. 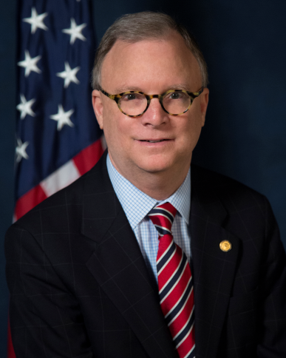