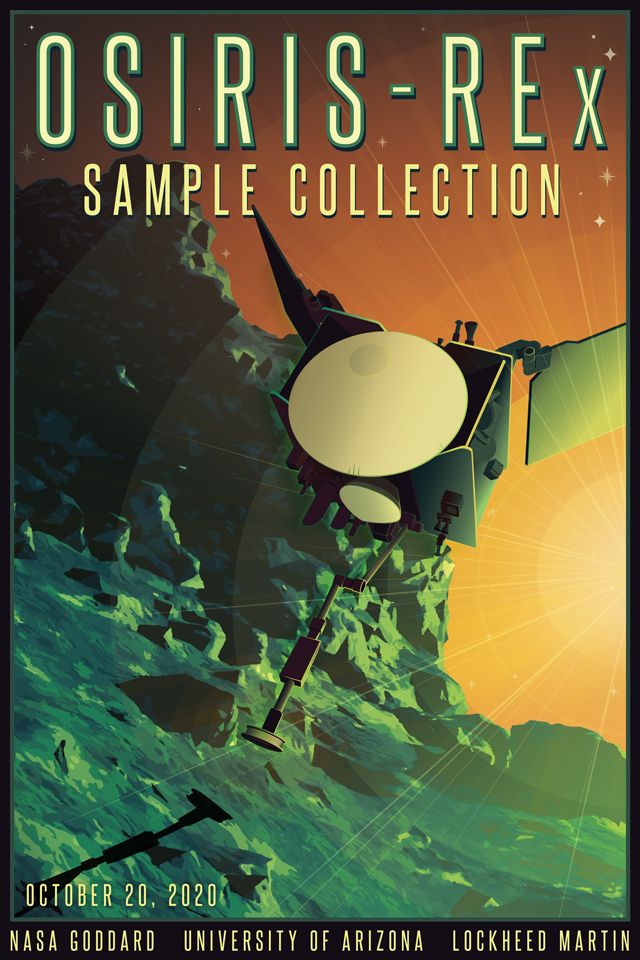 Regolith from the Nightingale site on Bennu has been collected by the OSIRIS-REx, with returned samples scheduled to arrive on Earth in September 2023.

One of the primary objectives of NASA's Origins Spectral-Interpretation Resource-Identification Security and Regolith-Explorer (OSIRIS-Rex) mission is the recovery and analysis of regolith samples derived from the primitive carbonaceous-asteroid Bennu [Lauretta et al. 2017]. Fine-grained material (< 1 mm) from the regolith has been captured in the 24 stainless-steel-Velcro Contact Pads mounted on the Touch and Go Sample Acquisition Mechanism (TAGSAM) sampling/collection head during contact with Bennu’s surface [Bierhaus et al. 2018]. These regolith fine samples are expected to be representative of the outermost regolith layer on Bennu and the most directly affected by solar and cosmic radiation, as well as other space-weathering processes. Contact Pad grains (CPG) will be representative of material from which remote optical reflectance – both ground and spacecraft based – has been derived, acting as ground-truth for compositional interpretation.

The objective of this project is to provide state-of-the-art surface analysis X-ray photoelectron spectorscopic (XPS) analysis of the near surface (nominaly ≤ 7 nm) composition and chemistry for up to twenty Bennu grains from the TAGSAM contact pads. In some cases, depth profiling to ~1 um will also be accomplished to quantify any compositional heterogeneities as a function of depth, which can provide details concerning the grain exposure to space-weathering by solar ions and diffusion of volatile species. XPS near-surface compositions will be compared to elemental concentrations from greater depths (~2 μm) measured with energy-dispersive X-ray analysis (EDXA) on a scanning electron microprobe. After initial characterizations are complete, a subset of the CPG will be subject to simulated solar-ion irradiation with subsequent XPS analysis, to identify and quantify resulting changes in surface chemistry. All analyses will be conducted synergistically within the Contact Pad working group (PADWG) and OSIRIS-REx science team. The proposed surface analytical work is directly pertinent to Mission Objective 1: Return and Analyze a Sample, and addresses primarily Hypothesis 10: that the physical, chemical, and spectral properties of Bennu's surface materials have been modified by exposure to the space environment.