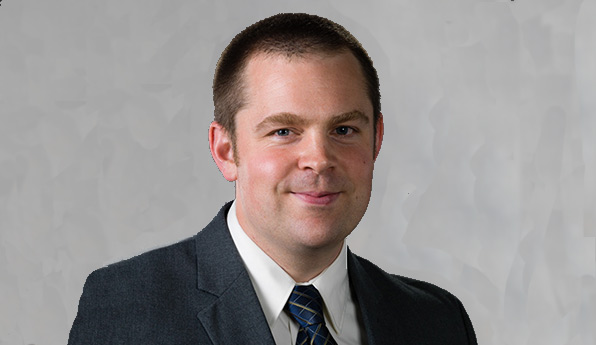 “From an early age, I was fascinated with three things: tinkering with machines, going fast and flight,” said Jesse Quinlan, a new guest lecturer for UVA’s Department of Mechanical and Aerospace Engineering. “Encouraged by several mentors throughout my early school years, these interests would eventually converge, and I found myself infatuated by aerospace engineering and especially aircraft. Little did I know this early excitement would turn into graduate degrees, a career with NASA and the opportunity to mentor undergraduate students at my alma mater.”

While a student in the Department of Mechanical and Aerospace Engineering 11 years ago, Quinlan led an award-winning aircraft design project as a part of his own capstone project. Fast-forward to present day, when he works as a senior aerospace engineer at NASA Langley Research Center in Hampton, Virginia.

“UVA’s aircraft design capstone is nationally renowned and regularly earns top placement in design competitions, including the highly competitive NASA Aeronautics University Design Challenge,” Eric Loth, chair of the Department of Mechanical and Aerospace Engineering and Rolls-Royce Commonwealth Professor, said. “When the UVA capstone advisor, our esteemed professor Jim McDaniel, retired, we needed a high-caliber instructor to lead the newest aircraft design team. We are fortunate to have Dr. Quinlan, a top Langley aerospace engineer and UVA alum, who was mentored by Jim, join us this spring.  He is making a full circle to pay forward to the next generation of students.”

Quinlan received his Bachelor of Science degree in aerospace engineering at UVA in 2009 and his Ph.D. in mechanical and aerospace engineering in 2015. His academic career also includes a master’s degree from Georgia Institute of Technology. Prior to joining NASA, Quinlan collaborated closely with researchers at Sandia National Laboratories, the National Institute of Aerospace, NASA Langley Research Center and NASA Headquarters throughout his master’s and Ph.D. programs.

“I think back fondly to my days as a student in the MAE department and often reflect on just how impactful this experience was on my career, still to this day.  The faculty, my classmates, the courses, it all strengthened my interest in aerospace and ultimately helped position me for my career with NASA Langley Research Center. Additionally, my time as a student in MAE drove home just how important great — not just good — mentorship is, and I try my hardest to give my interns, students and junior staff the type of mentorship support I was so fortunate to receive as a student from MAE professors, advisors, researchers, and TAs,” Quinlan said.

Quinlan works a senior aerospace engineer in the Aeronautics Systems Analysis Branch and leads a team of conceptual aircraft designers and systems analysts with a focus on applications to large, commercial, transport aircraft for the NASA Advanced Air Transport Technology Project. As the AATT lead for Systems Analysis & Integration, he manages the development and execution of a broad portfolio of aircraft concept development, design, and technology assessment ranging from current state-of-the-art to 2045 and beyond.

“I have had the opportunity to work on so many incredible projects and with so many amazing researchers in my years at NASA,” Quinlan said. “I’ve worked on advanced concept studies ranging from unmanned aerial vehicles designed for autonomous in-flight wingtip docking to ultra-efficient transport aircraft concepts capable of revolutionizing the way we move people and goods by air around the world. And today, I am working with NASA leadership to set the agency’s performance and emissions goals for subsonic transport aircraft for decades to come. Every day at NASA I’m reminded of why I do what I do, and I look forward to the research and technology development opportunities that lie in the years ahead.”

Quinlan has authored or coauthored more than 30 technical papers and a book chapter, and he holds two patents for aircraft vehicle concepts. He co-developed a publicly distributed NASA software program for parametric aeroservoelastic analysis of advanced concepts and structural weight prediction for aircraft design. Additionally, he is a senior member of the American Institute of Aeronautics and Astronautics and serves on the AIAA Design Engineering Technical Committee.

Quinlan lives with his wife, Charlotte, in Yorktown, Virginia, with their 6-year-old triplets, eight chickens and chocolate lab. Quinlan enjoys spending time with his family and finding any reason to spend more time outdoors, especially camping, hiking, motorcycling, dirt biking and boating. He is a DIY enthusiast with recent projects including a pole barn, a detached garage and bathroom remodels.