What Happened to the First Black Woman to Get Her Ph.D. from the UVA Department of Mechanical and Aerospace Engineering? 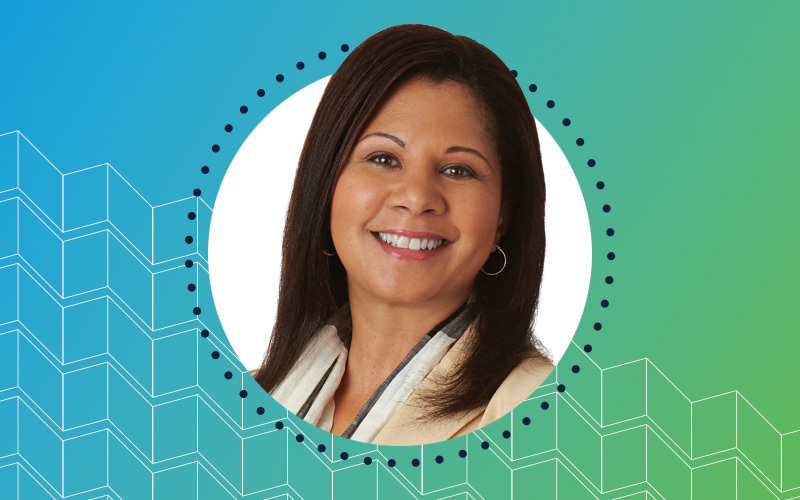 When Sonya T. Smith became the first Black woman to earn a Ph.D. from UVA's Mechanical and Aerospace Engineering in 1995, her trailblazing days were just beginning.

Smith was recently elected to the prestigious and selective American Academy of Arts and Sciences, one of the oldest academic societies in the United States.

She is also the president of the Women in Engineering Proactive Network, Inc., past president of Sigma Xi: the Scientific Research Honor Society and is a fellow of the American Society of Mechanical Engineers.

Throughout all of her outstanding achievements, Smith’s research focus has continued to include supporting students and faculty, especially those from backgrounds traditionally underrepresented in engineering. As a leader and a role model, her sphere of influence ranges from individual students and faculty to institutions, national organizations and international initiatives.

We asked Smith to share some of her thoughts and experiences with us.

What brought you to UVA?

After getting my undergraduate degree in computer science, I worked as an intern programmer at NASA’s Langley Research Center, and then later as an employee for two contractors. I found that computational fluid dynamics very much interested me. It was great to have exposure to computational fluid dynamics at NASA Langley Research Center; that experience was the pivotal moment, the inspiration for going into the field of aerospace engineering.

It was a different time back then. I obtained my internship at the end of my undergraduate career. I like what I see happening in academia now, where UVA and other schools encourage students to take internships throughout their academic careers so they can be exposed to different things earlier.

At that moment, I also realized that, if I wanted to pursue this career path, I needed to go to graduate school and obtain more training. That’s how I came to UVA and the Department of Mechanical and Aerospace Engineering.

I was awarded a NASA fellowship, which funded my graduate career at UVA. The environment at UVA was wonderful. The research projects and the people I met positioned me for my career aspirations.

I ended up going the academic route. At first, I was reticent about being in academia because both my parents were professors, but it ended up being the best decision. I never looked back, and I love what I do!

I very much enjoy the research, and I enjoy tackling the problems given to us by our sponsors, but I especially enjoy developing the students and connecting with them.

There are several research approaches. One is where you concentrate on one area, and then there's another philosophy, where you apply what you know to different problems. I like the second approach. It’s very satisfying to participate in multi- and cross-disciplinary work where I make scientific connections that are new to me and those in other fields.

For example, I like taking the didactic material that we teach in courses and saying, “Okay, now here's how you apply this,” and then watching them as the written information and research experience coalesces — and a light goes on.

I especially like to demonstrate fluid dynamics to students in my courses using computer simulations. When I was in graduate school, simulations were not as accessible as they are now —we have more power in our laptops now than the entire amount of computer power I had access to as a student! So, this makes my favorite area of engineering even more thrilling to teach.

I take pleasure in getting African-American students interested in this work, not only in aerospace and mechanical engineering but in any goal that might seem out of reach because they are a minority.

Research is a way to train students in a field of work, but I also see it as a vehicle to provide opportunities.

In what other ways do you support students from backgrounds underrepresented in engineering at Howard University?

I was one of the primary investigators on the Howard University ADVANCE-Institutional Transformation Grant from the National Science Foundation. This is a grant aimed at increasing the number of female faculty and academic leaders in the STEM fields. I think our group did a lot of good to influence — and sometimes catapult — the careers of many young women at our university, and we did it with a relatively small investment.

We were able to give out small grants to new faculty, which allowed them to obtain preliminary data from their research and apply for other grants from federal funding agencies. Many of these faculty received NSF CAREER awards and NIH Young Investigator Awards. All the mini-grant recipients expressed how important that first grant was to them and how it made such a difference.

I'm very, very proud of the leadership team that I worked with on this grant; they were just phenomenal. I think we all experienced a sense of fulfillment in supporting those young women faculty and providing them with a sense of community on campus.

And we catalyzed the sustainability of some of the HU ADVANCE-IT initiatives. The university now has an Office of Faculty Development that's led by one of the people who was on our leadership team. That office did not exist before the grant. Implicit bias training is now institutionalized and is another tangible outcome of the work we did.

You’ve had an enormous impact at Howard University. What other projects are you working on?

I just recently became the president of the Women in Engineering Proactive Network, Inc. When I was just starting as an engineering faculty member, WEPAN was an organization of Women in Engineering program directors. Since then, it has flourished into an organization that meets the needs of all women faculty and helps catalyze change, a lot like the aims of ADVANCE. It also helps provide access to resources for women on campus and supports administrators who are working on gender equity in engineering issues. I am looking forward to this opportunity to effect change for women in a national organization.

I'm also very involved in work with international women and girls. I have sponsored the HBCU-HDI Women in STEM Conference, a conference designed for women to form partnerships and research exchanges in South Africa and the United States. Inspiring and interesting keynotes and workshops mark the event given by women who have established themselves in STEM-related fields. The participants are mostly from historically disadvantaged institutions (HDIs) in South Africa and historically Black colleges and universities (HBCUs) in the U.S. We had our first conference in 2015 in Johannesburg and then in 2017 it was in Washington, D.C. Our 2019 conference was in South Africa right before the pandemic hit. We hope to host the next one in 2022.

It’s been an enriching experience. Everyone, no matter where they are, can have good ideas to effect change that are positive for society; we need to learn from each other.

Another type of project that I’ll be working on soon is my upcoming MLK Fellowship at MIT. Interestingly, I’ll be working with a colleague who is also a UVA MAE alum, Wes Harris. We’ve crossed paths before since we both work on high-speed aerodynamics research.

Who was your inspiration?

I grew up on a historically black university campus and was surrounded by smart, accomplished Black STEM academics. I was also extremely fortunate to have great role models in my home, my mother and my father, who were both African-American academics in higher education – but especially my mother, who went to get her Ph.D. in a time when not everyone saw the value of a degree for a woman and especially not an African-American woman. She taught at Virginia State University for over 40 years.

I am tremendously grateful that they laid this path for me. It’s important to have people that you know are interested in you and your career, a parent, mentor or sponsor. Not all of them, but some of them should look like you. You can’t underestimate that.

My next big thing will be about merging my interest in engineering and science with my interest in art and creative design, maybe a study through the American Academy of Arts and Sciences. I enjoy having my day-to-day life filled with people and conversations from many disciplines.

I’m thrilled to be living at a time where multidisciplinary work is rewarded. For instance, grant sponsors now include multiple disciplines and diversity as part of their funding requirements. It makes a difference how research is shaped and developed.

An engineer leading projects in art and creative design might be considered a nontraditional, pioneering route — not unlike my mom getting her doctorate in the ’70s.