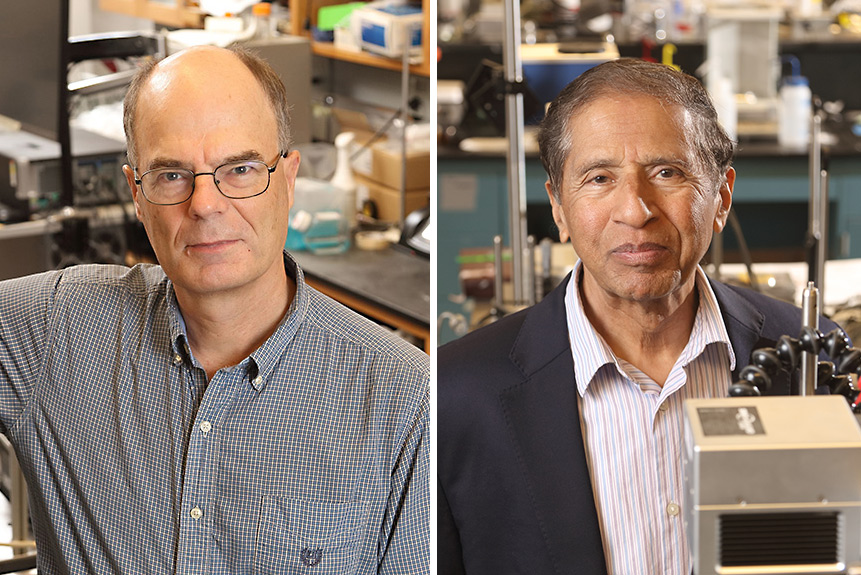 Hossack, a professor of biomedical engineering, develops ultrasound imaging approaches for cardiovascular disease. He has pioneered using gas-filled “microbubbles” in combination with imaging as a way of targeting drug delivery. During the span of his career, which so far includes 104 U.S. patents and 32 foreign-issued patents, Hossack jointly invented new approaches and designs that have affected the ultrasound field in significant ways.

He is a past recipient of UVA’s Edlich-Henderson Innovators of the Year award.

Gupta, a professor of electrical and computer engineering, currently serves as a Langley Distinguished Professor. He founded the National Science Foundation’s Industry/University Cooperative Research Center for Lasers and Plasmas at UVA.

Using his expertise in high-powered lasers, Gupta and his team recently joined innovators working on NASA’s Artemis missions to find evidence of extraterrestrial life on the moon. He is also using lasers to bring light to the darkest parts of the moon, places that have never seen sunlight, using solar panels and a relay system with lasers.

Gupta has developed laser technology for recycling solar panels, detecting corrosion on navy ships, and many other inventions.