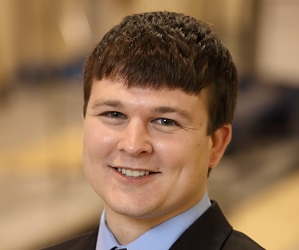 Brandon Perry earned a BS in Biological Systems Engineering at the University of Nebraska – Lincoln (UNL) in December of 2012. While studying at UNL, Brandon had the opportunity to combine his passion for anatomy, physiology, and engineering at the University of Nebraska’s Trauma Mechanics Laboratory as an Undergraduate Research Assistant (URA). As a URA, Brandon had the opportunity to work with the world’s largest shock tube – at that time – to study shockwave physics and interactions with the human body. In January 2013, Brandon relocated to Charlottesville as a PhD student in Mechanical and Aerospace Engineering to study underbody blast (UBB). He is currently performing multiscale experiments and finite element analysis in an attempt to better understand foot-ankle-leg injury tolerance and location subject to axial loading.