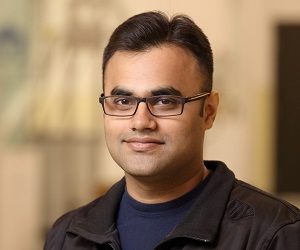 After completing his undergraduate degree in mechanical engineering, Sayak joined VE Commercial Vehicles (Volvo group) as a CAE engineer. There he was responsible for finite element (FE) analysis and optimization of automotive components to meet design targets, crash and safety engineering and correlation building of FE models with rig test and road-load data. During his stint with the VECV crash team he became interested in the field of automotive safety and decided to pursue graduate studies with focus on injury biomechanics. In August 2017, Sayak joined the computational research group at CAB as a PhD student.