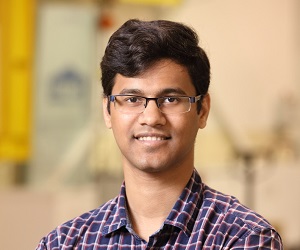 As an intern at Mercedes Benz R&D, India (MBRDI), during his final year of undergrad, Shubham was first introduced to the field of automotive crash safety and finite element modelling of human body to be used in crash simulations for injury prediction. After completing his B.E. degree in Mechanical Engineering, he joined as a CAE Engineer in the Occupant Safety department of MBRDI. There he was involved in the development of Active Human Body Model for prediction of real human kinematics and posture in the pre-crash phase of a crash event. While working, he became interested in injury biomechanics and design of restraint systems and decided to pursue graduate studies with a focus on the same. He joined the computational research group at CAB as a masters student in August 2018.