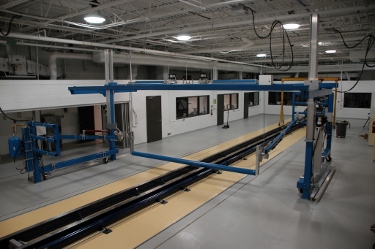 The UVA-designed Dynamic Rollover Test System (DRoTS) is a design concept for repeatable testing of the vehicular fleet for rollover protection, including the ability to test small “city” cars to large pickup trucks in realistic conditions, in addition to evaluating the biofidelity of existing ATDs through matched-pair testing with PMHS. 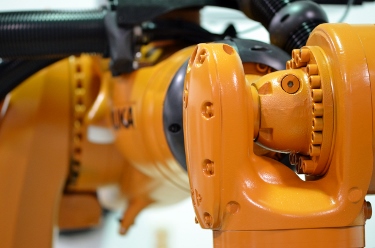 Our robotic arm in conjunction with custom biomechanical test software permits six-degree-of-freedom force-torque and position control, which allows for application of complicated displacements and rotations resulting from the anatomical motion of the human head/spine/limbs/etc. Kuka KR 300 can handle a payload of up to 300kg with a reach of up to 2,500mm and repeatability of ±0,06mm in the displacement control mode. Applied loads can be computed from the robot’s 6 axis end effector load cell and displayed in real time. 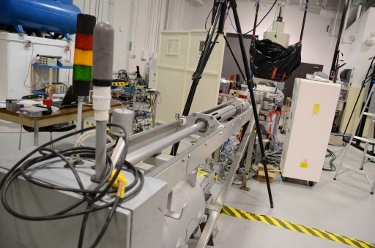 This universal pneumatic impact device has been used for component-level tests on PMHS and ATDs ranging from abdomen and thoracic impacts, to pelvic knee-bolster evaluation, and automotive intrusion forces on the leg and foot. 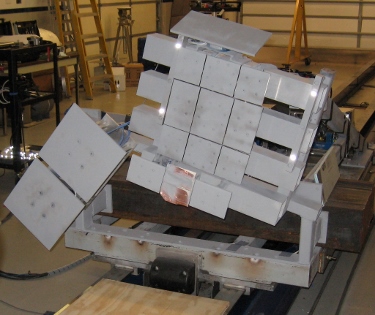 Using the VIA sled system, occupant kinematics and applied forces experienced during vehicular side impact events has been extensively researched at the CAB. This side impact device is comprised of multiple embedded loadcells to record the distribution of load during a side impact intrusion event, both for injury assessment as well as finite element benchmarking. 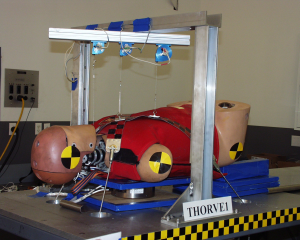 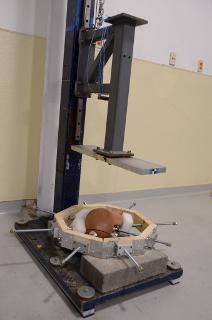 The Drop Tower has been used to deliver high-energy impacts to components of ATDs and PMHS, including pelvis, leg and foot, head, and many others. 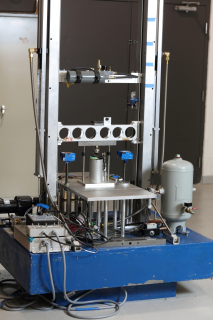 This Drop Tower can be used to deliver impacts to components of ATDs and PMHS at different energy levels. When it is in the free unpowered mode the hammer (ranging from 3 lb to 2000 lb) can strike at velocity up to 28 ft/s (8.5 m/s). In the boosted mode the Drop Tower allows for testing up to 50 ft/s (15.2 m/s). Additionally, the tower is equipped with an electromagnetic release, a .125” accuracy position locator over the whole drop length, and an anti-rebound device that prevents second impact and allows for velocity reading on the first impact. 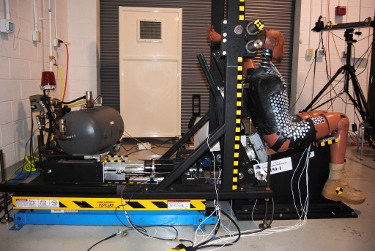 This whole body test device investigates the thoracic and pelvic forces exerted by a vehicle belt restraint system during a frontal collision, with emphasis on rib and pelvic injuries commonly experienced in these events.