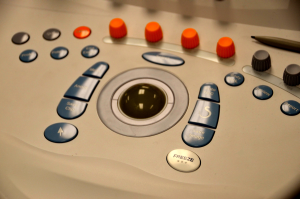 The Aixplorer® ultrasound system can acquire information at up to 20,000 images per second, 200 times faster than conventional ultrasound. The system has two imaging modes: B-mode standard ultrasound imaging and shear wave elastography to measure and display, in real-time, local tissue elasticity. The system allows researchers to conduct non-invasive, in-vivo experiments to image and characterize the material properties of biological tissue. It also has additional features that allow the measurement of blood flow through pulsed wave Doppler. 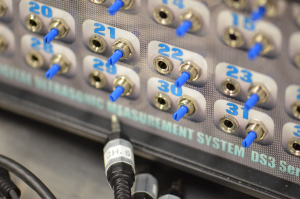 The Sonomicrometer system uses small piezoelectric transducer crystals to measure distances using ultrasound technology. The crystals (2-3 mm) use ultrasound waves that can be transmitted and received by each crystal to determine distances between crystals based on the speed of sound of the tissue or material. The system can sample at 1500 Hz with a distance resolution of 24 um.