The 2017 Annual Meeting of the Rotating Machinery and Controls Consortium (ROMAC) took place on June 19 – 23, 2017 at the Stonewall Jackson Hotel in Staunton, Virginia… just 35 miles west of Charlottesville in the beautiful Shenandoah Valley. 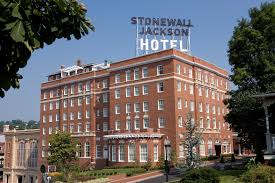 Nestled in Historic Downtown Staunton in the heart of the picturesque Shenandoah Valley, this 124-room hotel captures the spirit, history, and charm of the old South. Originally built in 1924 and a member of Historic Hotels of America, this modern yet refined Virginia gem underwent a complete top to bottom renovation in 2005 and has been lovingly restored to its original grandeur. Staunton was recently named as one of the top 20 Small Towns in America by Smithsonian Magazine.