Led by Professor Rob Kelly, the group has a tight-knit group of highly active students and a broad network of alumni. 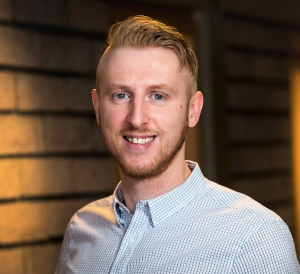 Ph.D. in  Diagnostics of Materials and Constructions; Karpenko Physico-Mechanical Institute of The NAS Of Ukraine

Danyil is from the small town of Sievierodonetsk, located in eastern Ukraine. From 2006 to 2011, he was obtaining his BS and MS degrees at Volodymyr Dahl East Ukrainian National University. During his MS degree study, Danyil joined a project on developing the electrochemical impulse method for monitoring corrosion and mechanical damage to industrial equipment. In 2014, he defended his Ph.D. thesis in Diagnostics of Materials and Constructions at Karpenko Physico-Mechanical Institute of The NAS Of Ukraine (Lviv, Ukraine). From 2015 to 2016, Danyil was teaching at his home university.

In 2016, he moved to the United States and worked as an Assistant Researcher at University of California (UC), Berkeley. At UC Berkeley, Danyil was involved in the projects on the passivity and passivity breakdown supported by the US Air Force Academy; and corrosion of carbon steel overpack for disposal of high-level nuclear waste within the Belgian supercontainer concept. In 2018, Danyil joined a corrosion group at University of Iceland (UoI) for a new high-temperature corrosion experience. At UoI, he was involved in an EU project “Geo-Coat” on the corrosion study of new corrosion-resistant coatings for high-temperature geothermal applications and teaching a corrosion class. In Kelly's group, Danyil studies the effect of MnS dissolution on the pit initiation in stainless steel by in-situ TEM and the initiation of pitting corrosion in welded stainless steel dry storage containers exposed to atmospheric environments.

In his free time, he likes to create short animated videos explaining corrosion as well as swimming, jogging, and hiking. 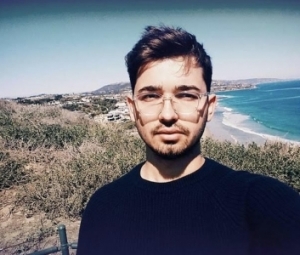 Armando was born and raised in Albania and later moved to United States where he obtained a BS degree in Chemical Engineering with a minor in Materials Science and Engineering. During his undergraduate time, Armando conducted research on the corrosion behavior of novel metallic alloys for biomedical applications. His area of research later expanded to investigating and comparing the corrosion behavior of various AM alloys for biomedical and marine environments. Armando’s free time is spent between creating and exploring new dishes and learning languages. 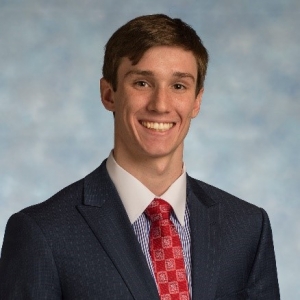 Victor is from Richmond, VA. He received his B.S. in Chemistry and Engineering Physics with a minor in Physics from Randolph-Macon College in Ashland, VA where he participated on the R-MC Men’s Swim Team for NCAA Division III. During his undergraduate career, Victor performed research in the Chemistry department that focused on the synthesis of nickel phosphide nanoparticles for electrocatalysis of the hydrogen evolution reaction. Victor also has experience as a laboratory teaching assistant for inorganic chemistry at R-MC and as an engineering sciences intern for Afton Chemical Corporation. In his free time, Victor likes to play board games, read a variety of books, rock climb, and spend time with his friends and family. 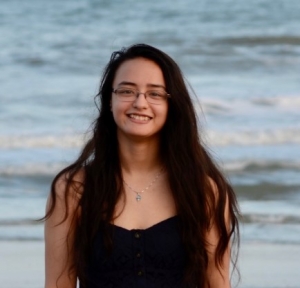 Liat is from Matthews, NC. She attended the Virginia Military Institute where she received a BS in Chemistry while competing in NCAA rifle. Her research during her undergraduate studies focused on developing new environmentally-friendly methods of trace metal determination with zirconium and producing novel compounds to see if the compounds were active against malaria and leishmania. In her free time, she likes to shoot, draw, and work out. 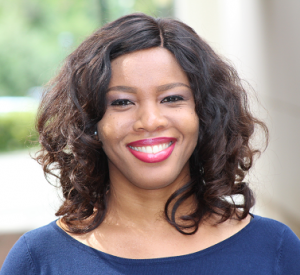 Utibe is from Calabar, Nigeria. She obtained her BS in Petroleum Engineering at the University of Uyo, Nigeria and MS in Corrosion Control Engineering at the University of Manchester, England. During her MS program, she researched the anticorrosive properties of a novel corrosion inhibitor for the protection of mild steel. On completion of her masters degree, she worked for ExxonMobil in Nigeria as a Corrosion Engineer responsible for improving the integrity of production facilities. Her current research is on the inhibition of galvanic corrosion of aluminum alloy frames and stainless steel fasteners in simulated marine environments. In her free time, she enjoys cooking and watching reality shows on TV. 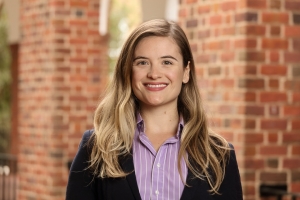 Carolina is from Porto Alegre, Brazil. She has a BS degree in Chemical Engineering and a MS degree in Materials Science and Engineering from the Federal University of Rio Grande do Sul, in Brazil. She worked two years in process and technology development at Braskem, a petrochemical company, where she did modeling and simulation of processes. In her master’s degree, she studied surface treatment of Kevlar aiming the improvement of the mechanical properties of fiber reinforced polymer composites. She is currently doing research on finite element modeling of sacrificial anode-based coatings for corrosion protection. In her free time, Carolina enjoys spending time with family and friends, traveling, learning new languages and playing the cello. 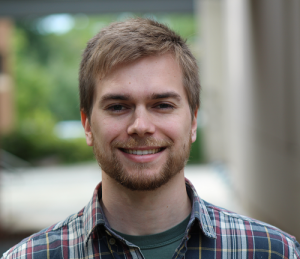 Pedro grew up in Porto Alegre, Brazil, where he obtained a bachelor's degree in Metallurgical Engineering and a master's degree in Materials Science and Engineering at the Federal University of Rio Grande do Sul. In his master's degree, Pedro studied aluminum anodization and the corrosion of aluminum friction stir welds. Currently, Pedro studies the corrosion of Ni-Cr-Mo alloys in organic solvents. In his free time, Pedro enjoys practicing Brazilian Jiu-Jitsu and playing bass or violin 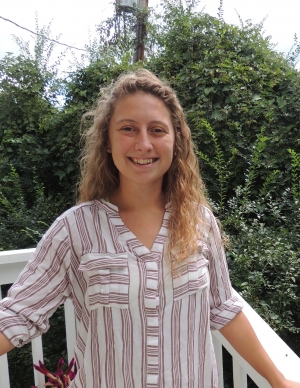 Rebecca grew up in central Virginia, about an hour and a half south of Charlottesville. She attended Longwood University in Farmville, Virginia, and received a BS in Physics with a minor in Mathematics. Her research during her undergraduate degree mainly focused on designing and developing interactive labs for students of a variety of ages, to increase their interest in Physics. In her free time, Rebecca can be found either in the kitchen (making up her own recipes) or outside hiking/just enjoying the weather. 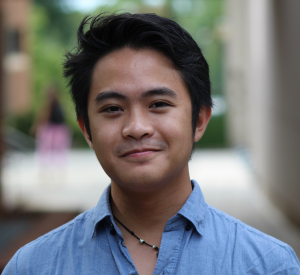 Emigrating from the Philippines at the age of 10, Duane is from Woodbridge, Virginia. He received his undergraduate degree in Engineering Science: Materials Science and Engineering from the University of Virginia in 2017 where he did research on environmental barrier coatings. He has served as a residential adviser and has also assisted in the instruction of chemistry, materials science, and applied mathematics classes within the university. In his free time, Duane enjoys singing, playing woodwind clarinet, going to the gym, and watching romantic comedies.