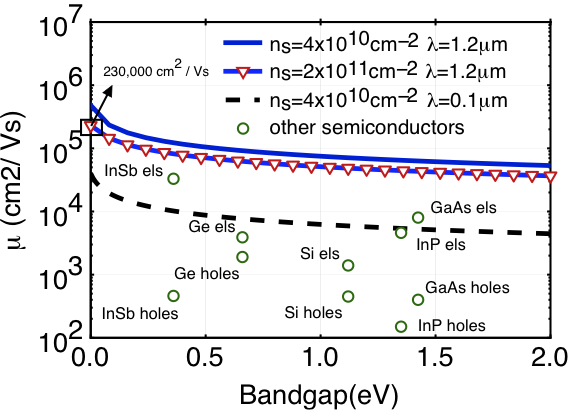 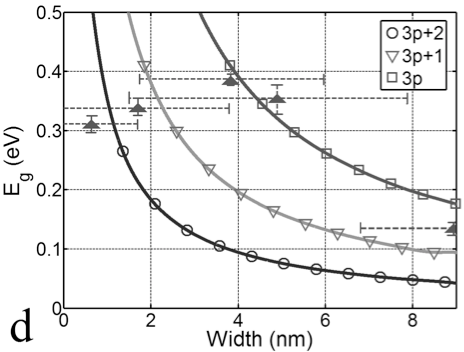 Edge roughness in graphene nanoribbons filters the smaller bandgap and promotes the largest bandgap. An explanation for the lack of 3 chiralities in experiments that are predicted theoretically. 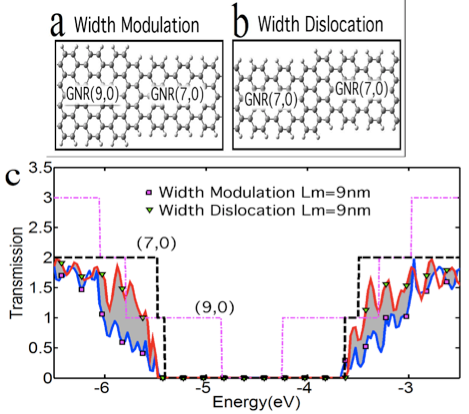 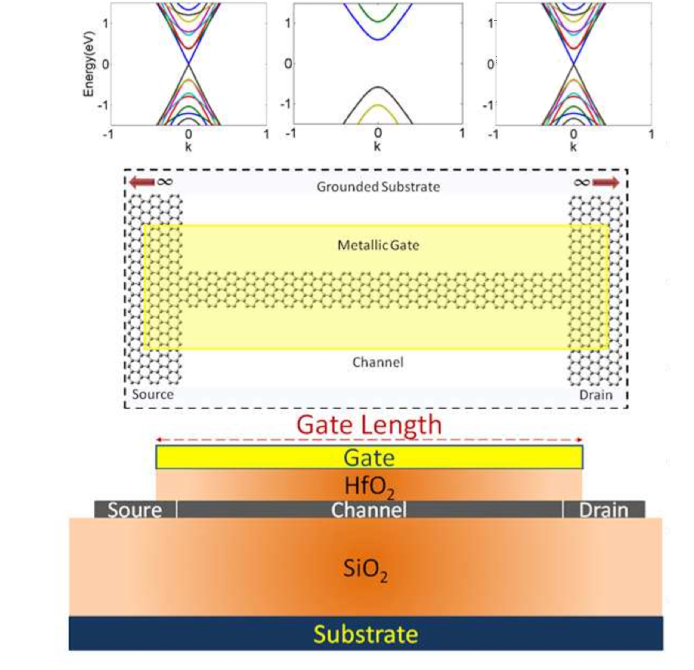 An all graphene patterned field effect transistor benefits from 2D electrostatics from the source and drain that ensure better gate control shown by the flat potential along the length of the channel. Source-drain graphene contacts also ensure Ohmic contacts which removes Fermi level pinning typical with metal contacts.

Physics based analytical model for IVs used to match experimental inverter voltage transfer curves (Chen and Appenzeller DRC 2011) seen in the left two graphs. The right two graphs are matching results from our physics based compact model with Cadence. Our understanding of graphene and its derivatives is currently leading us to explore ways to bypass the material limits of bandgap versus mobility and consequently ON-OFF current ratio and switching speed. 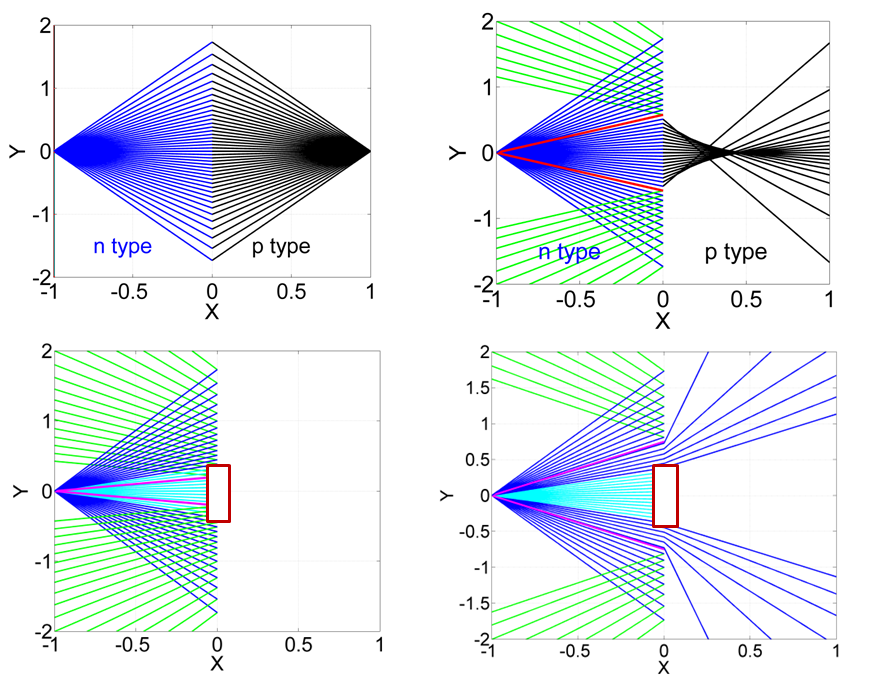 Graphene pn junction offers the platoform to draw analogy between optics and electronics. As a result, we can design many electrical devices using optical principles such as Ray Optics. Fig. 1(a) shows the electron trajectories for an electrostatically doped graphene pn junction, electrons bend at the interface, in order to conserve group velocity and the transverse momentum. The analogous Snell’s law can be formulated from this conservation of momentum. This produces an electron lens similar to Veselago lens in optics. Fig. 1(b) shows the case when electrons are going from higher doped region to a lower doped region. Electrons outside the critical angle reflect back. Fig. 1(c),(d) shows a novel device concept by using a tunnel barrier to eliminate energetic electrons to suppress Klein tunneling. It is theoretically predicted that this will induce a voltage dependent transmission gap, which can also be collapsed with gate voltage. Fig. 2 shows the NEGF simulation of the predicted results. 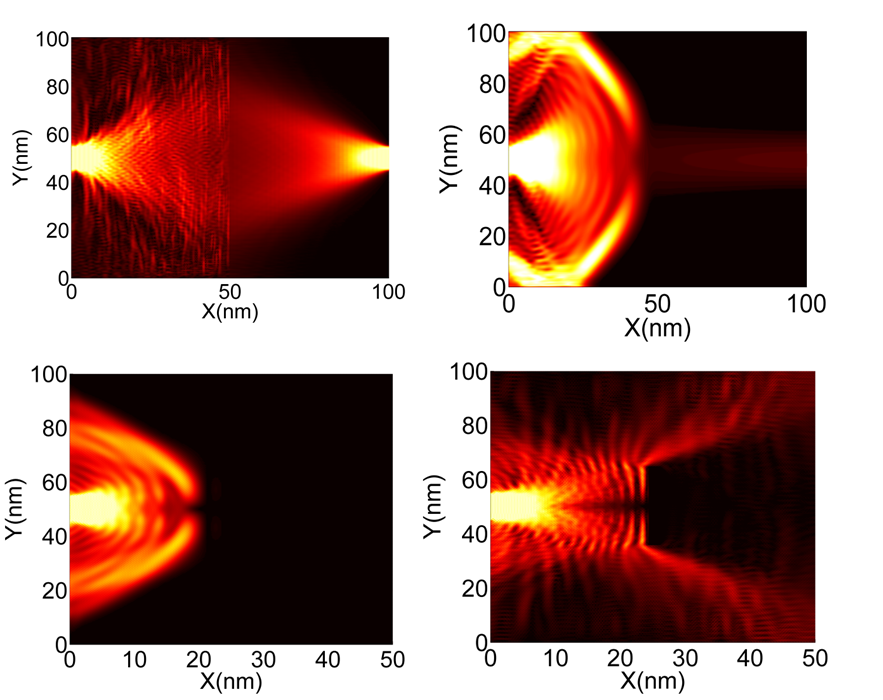