Icing on three-dimensional lifting surfaces has been shown to produce highly complex flow fields. However, there is a lack of experimental and computational information in the public domain regarding three-dimensional aerodynamics for iced commercial aircraft wing geometries. Recent work completed at NASA Glenn Research Center’s IRT has developed realistic ice shapes for the leading edge of a 65% scale Common Research Model (CRM65). These ice shapes were then converted into artificial ice shapes that were used in aerodynamic testing at the Wichita State University’s Walter H. Beech Wind Tunnel on an 8.9% scale CRM65.

This project leverages both RANS and Hybrid RANS-LES simulations to assess their ability to compute and predict the aerodynamic performance parameters and to complex flow physics compute for a large leading-edge ice shape. Thus far, RANS has shown to reasonably capture the complex “swept stall” flow features, which are dominated by strong spanwise flow and separation line breaks. Despite the flow complexity, the simulations are able to generally predict the chord wise pressure distributions even at high angles of attack. Future work must be done to continue analyzing and understanding the ability of Hybrid RANS-LES to simulate the same environment. 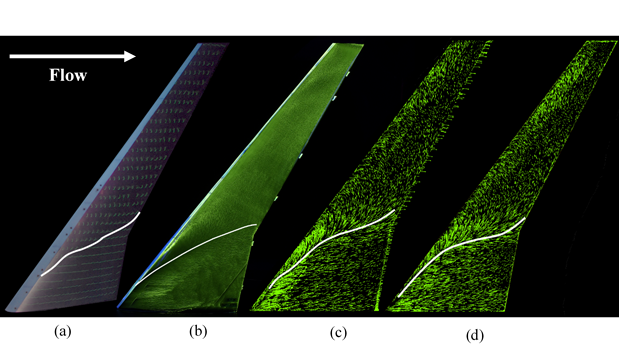 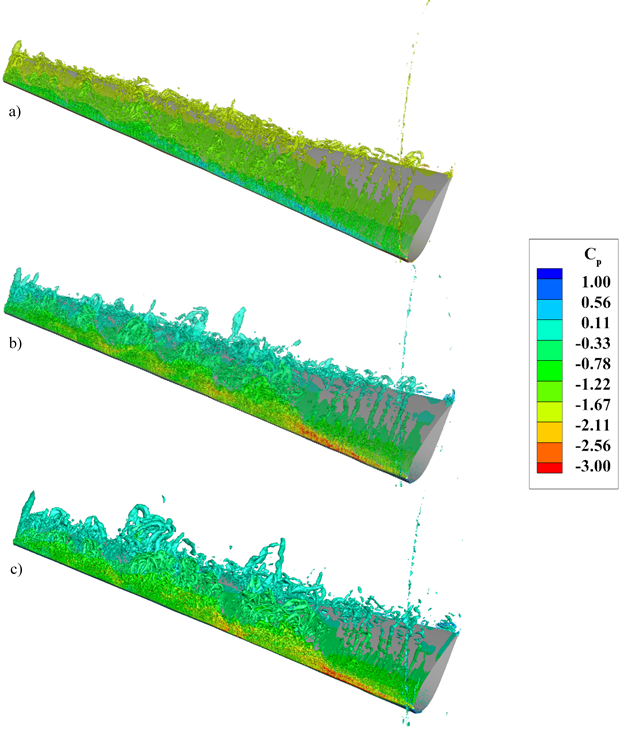 Figure 2: Comparison of Q-criterion based iso-surface colored by coefficient of pressure at a) 6 deg. and at b-c) 8 deg. for both the baselines and refined mesh respectively.