Read the latest news briefs from and about students and faculty in the UVA Computer Science Department.

Aidong Zhang, William Wulf Faculty Fellow and interim chair of The Department of Computer Science, has been awarded a $1 million grant from the National Science Foundation to develop novel machine learning models that better analyze cancer data for targeted therapeutics.

Felix Lin, associate professor of computer science, has been awarded a National Science Foundation grant: Collaborative Research: CNS Core: Medium: Understanding and Strengthening Memory Security for Non-Volatile Memory. Persistent memory is one of promising post-Moore’s Law technology that is expected to get into mainstream computing, from internet of things devices all the way to the cloud. This research anticipates security vulnerabilities of the use of persistent memory and attempts to mitigate potential security breaches that could cause tremendous loss to the industry, defense, scientific research, health, and many other domains that will be relying on future computing devices.

Lu Feng, assistant professor of computer science and engineering systems and environment, has been awarded a National Science Foundation grant under the new Designing Accountable Software Systems program: Collaborative Research: DASS: Accountable Software Systems for Safety-Critical Applications. Feng will be collaborating with Bryan H. Choi, who holds joint appointments with the College of Law and the Department of Computer Science and Engineering at The Ohio State University. The researchers aim to facilitate the design of safety-critical software systems that are accountable with respect to various regulations and to provide legal insight on how to extend or amend current regulatory approaches to enhance software accountability. The project will also include a series of interdisciplinary workshops and symposiums to bring together experts in software design and law to discuss open research questions and potential solutions to software accountability.

Yuan Tian, assistant professor in the Department of Computer Science has been awarded a National Science Foundation Secure and Trustworthy Cyberspace grant: Collaborative Research: SaTC: CORE: Medium: Toward safe, private, and secure home automation: from formal modeling to user evaluation. Tian’s research aims to gain a deeper understanding of security and privacy risks from internet of things devices in smart homes and then develop methods to mitigate the threats using formal modeling and automated analysis tools. A specific goal is to calculate system attackers’ precise knowledge and influence over smart home internet of things devices in order to design warnings that help users understand their smart home systems better and avoid potential harm.

On August 24th classes began at UVA’s School of Engineering and Applied Science. It was the first opportunity for face-to-face collaboration in over a year. Faculty and students got together in the Link Lab to catch-up and share progress on cyber-physical systems research. From humorous robots, to climate resilience through crowdsourced data, to robotic surgery and even self-powering hardware for IoT, peers and faculty were excited to share ideas while contemplating the important work that will happen in the upcoming year.

Daniel G. Graham, assistant professor in the Department of Computer Science at the UVA School of Engineering and Applied Science, has announced the publication of his book, “Ethical Hacking: A Hands-on Introduction to Breaking In.”

Prof. Andrew Grimshaw Presented The Role of Computation in Accelerating the Deployment of Renewable Energy Resources

On August 17, 2021 Professor Andrew Grimshaw gave a talk in Rice Hall titled "The Role of Computation in Accelerating the Deployment of Renewable Energy Resources".

EveryGWh of electricity produced in the US today leads on average to 0.7 metric tonsof CO2 emissions. Thus, a one MW data center on average leads to the emissionof six thousand metric tons of CO2 per year. That's the bad news. The good news is that renewable, carbon-neutral generation is now the least expensive means to produce electricity in the world, period. This has led to the development of tens of gigawatts of wind and solar in the US and the world in the last decade. In the Great Plains of the US alone, there is now so much excess power that wind and solar resources are often curtailed, leaving terawatt-hours of power unused.

In short, generating sufficient power with renewables is no longer the problem. Instead, the problem is leveraging this power. There are two significant challenges. First, the sun does not always shine, and the wind does not always blow, meaning that the current design of the electrical grid will have to change to accommodate fluctuating generation. Second, the best wind and solar sources arenot proximate to sources of load, namely, population centers and heavy industry.

One way to address this second problem is to identify energy-intensive, economically viable industries that can be feasibly moved to the Great Plains and that can accommodate the large amounts of variable generation provided by renewable energy. Computation fits these requirements: computation turns electricity intovalue and requires only power and networking to operate. Computation can be paused, restarted, and migrated up and down the Great Plains in response to differences in power availability. In essence, data centers can act like giant batteries and grid stabilizers, soaking up power and delivering value when renewable sources are pumping out lots of power, and reducing consumption and stabilizing the grid when renewable sources are limited.

In this talk, Prof. Grimshaw presented how different forms of computation can be used to soak up excess very inexpensive renewable power, stabilize the grid when generators (including windand solar) fluctuate or drop offline, and act like giant batteries by reducing their load and returning their load to the grid. He began with a bit of background on the explosion of renewable energy, the challenges renewables present to the electrical grid, and electricity markets. Then he discussed computation as controllable load, beginning with BitCoin, and then moving toHigh Throughput Computing in support of the sciences, engineering, and AI. He concluded with a discussion of the 2 GW of Clean Compute Campuses that Lanciumis building in Texas. 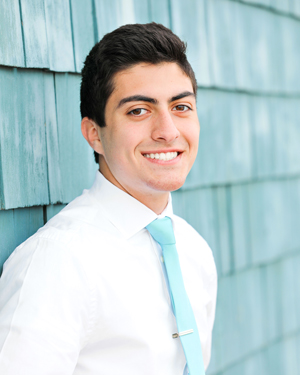